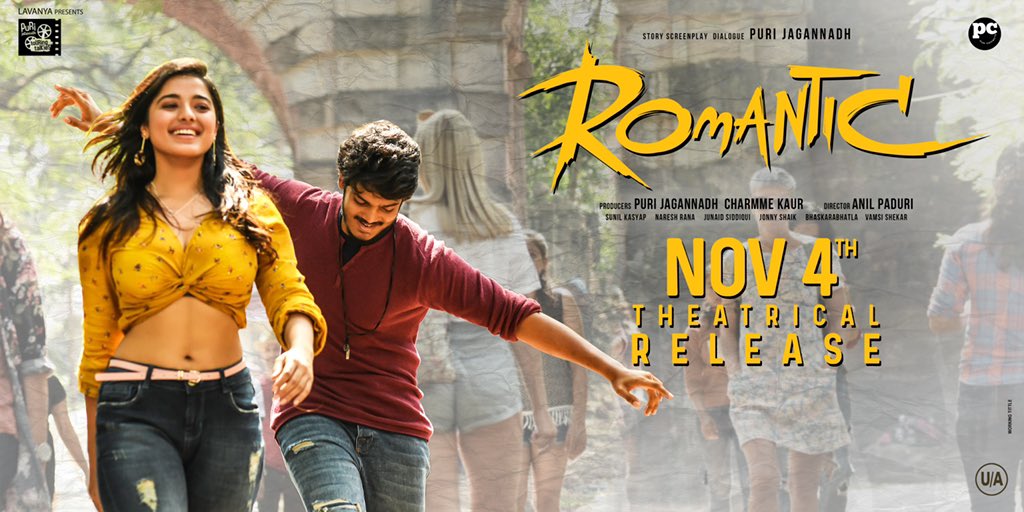 Peene Ke Baad Song From Akash Puri’s Romantic Is Out

Dashing director Puri Jagannadh has provided story, screenplay and dialogues for his son Akash Puri’s next outing Romantic being helmed by his protégé Anil Paduri. Ketika Sharma is the leading lady in the film for which music is scored by Sunil Kashyap.

First two songs of the film got good response and today they have come up with lyrical video of third single Peene Ke Baad. How people behave after they are drunk is the song is all about and also the kind of energy or kick gives the booze, when they are in depression.

On the wavelength of this song theme, the team has visited a night club in Hyderabad and released the song in a grand manner. The song got huge applause from the audience and raving response in the club.

The lyrics penned by Bhaskarabhatla and Puri Jagannadh are funny and interesting. Sunil Kashyap who scored a wonderful tune has also sung it pleasingly. Jani Master’s choreography is other attraction, alongside Akash Puri’s dances. Youth and masses will definitely love this song.

Puri Jagannadh and Charmme Kaur are producing the film under Puri Jagannadh Touring Talkies and Puri Connects banners. Starring Ramya Krishna in an important role, Romantic is touted to be an intense romantic entertainer. Naresh is the cinematographer.

Romantic will release worldwide on 4th November  as Diwali special.