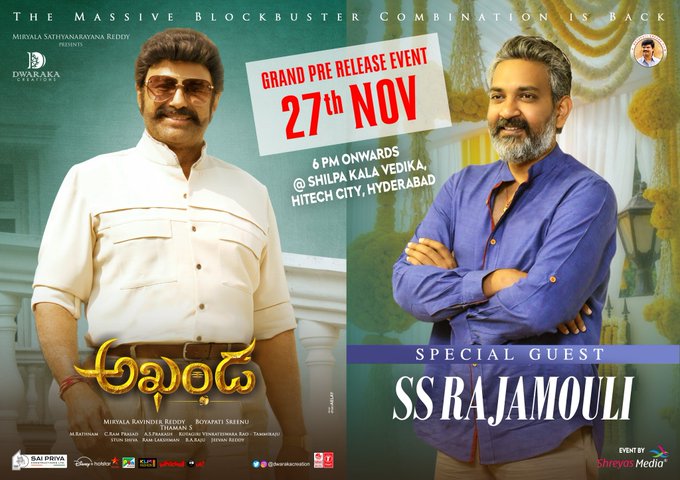 Natasimha Nandamuri Balakrishna and mass director Boyapati Srinu’s most awaited movie Akhanda will have its grand pre-release event to be held on 27th of this month at Shipakala Vedhika in Hyderabad. The makers have now informed that, Icon Star Allu Arjun will be the chief guest for the grand gala. Popular director S S Rajamouli is to grace the event as Special Guest.

Pragya Jaiswal is the leading lady opposite Balakrishna in the movie produced by Miryala Ravinder Reddy under Dwaraka Creations banner. S Thaman has scored music for the film which is carrying exceptional buzz, thanks to two superhit songs and thumping response for theatrical trailer.