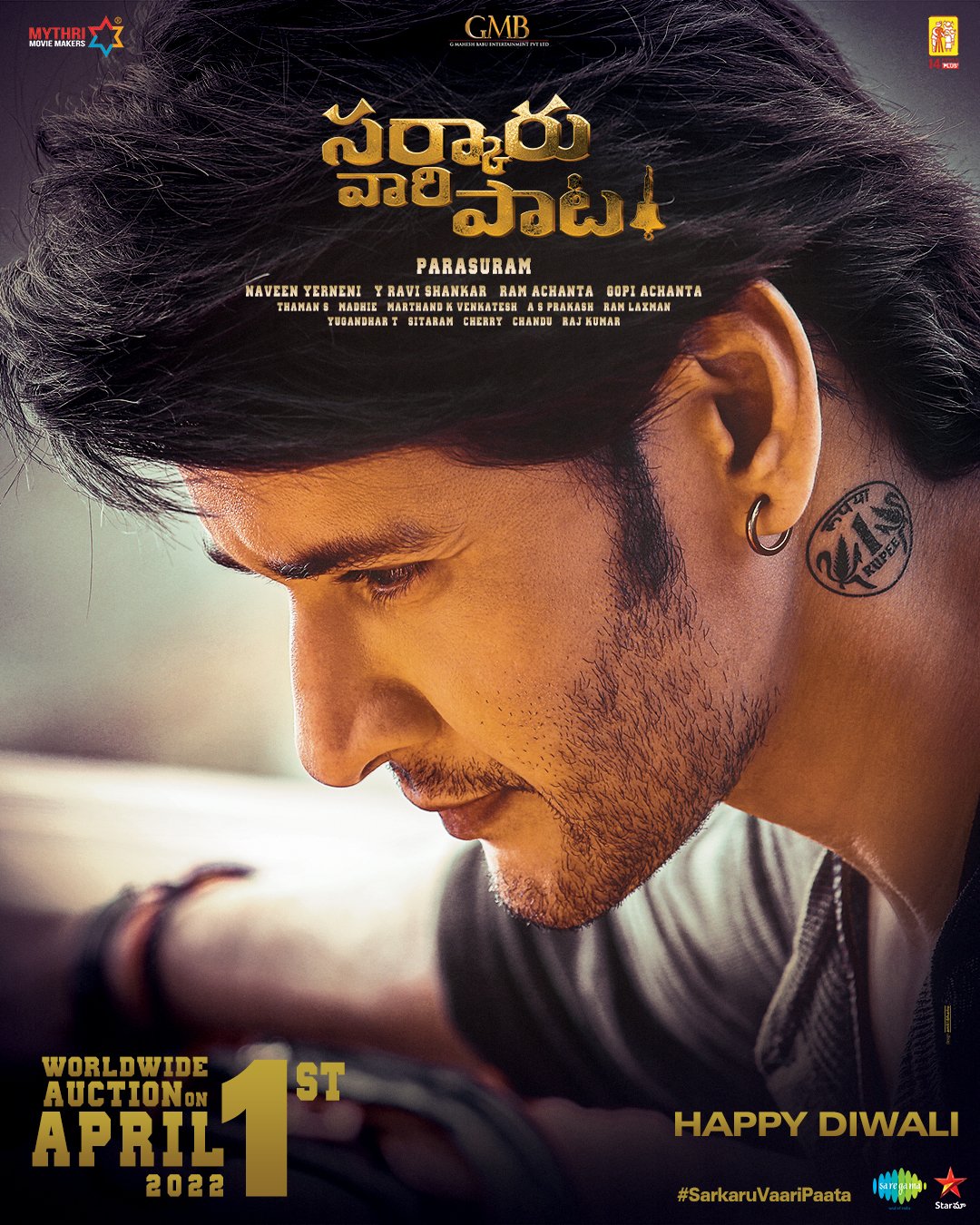 Sarkaru Vaari Paata will have grand release worldwide for Ugadi on April 1st, 2022. It is the first biggie arriving in summer, next year. The film is sure to cash in summer holidays. Moreover, Mahesh Babu scored biggest hits of career such as Pokiri, Bharat Ane Nenu and Maharshi which were released in the holiday season.

The film’s teaser got thumping response and the makers will intensify the promotions now.

Music sensation Thaman SS renders sound tracks for the film, while R Madhi is the cinematographer. Marthand K Venkatesh is the editor, while AS Prakash is art director.