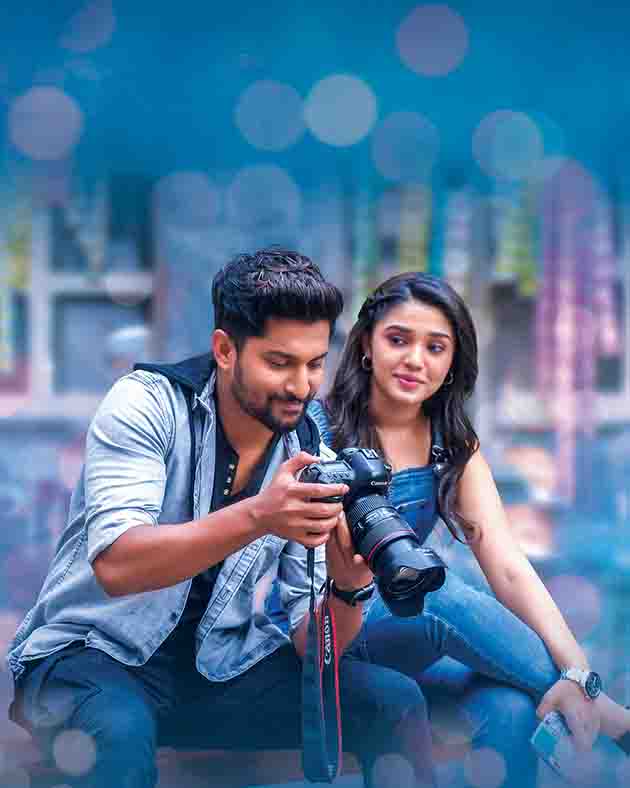 As of now, the makers of Natural Star Nani’s highly anticipated film Shyam Singha Roy have released first look posters, and few other stills from the movie. That was enough for the movie to garner enormous interest among movie buffs.

Now, they are about to kick-start musical promotions of the film directed by the very talented Rahul Sankrityan and produced on a massive scale by Venkat Boyanapalli under Niharika Entertainments as Production No 1.

Lyrical Video of first single- Rise Of Shyam will be out on 6th November. As the title suggests, the song will give emphasis to the character of Shyam played by Nani. In the poster, Nani as a Bengali guy is seen sitting in chair with ferocity in his eyes.

His sitting style and the way he holds cigarette give all the raise to the character. This is Royal Bengali Avatar of Nani and the song scored by Mickey J Meyer is surely going to give perfect start to the audio promotions of the movie.

Sai Pallavi, Krithi Shetty and Madonna Sebastian are the heroines in the film that has original story by Satyadev Janga. Sanu John Varghese is the cinematographer, while Naveen Nooli is the editor.

To be high on VFX, Shyam Singha Roy will be arriving in theatres in all south languages- Telugu, Tamil, Kannada and Malayalam on December 24th for Christmas.