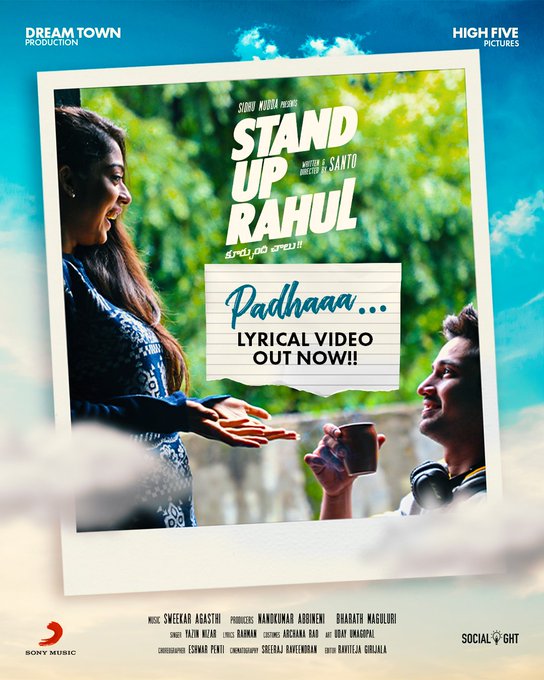 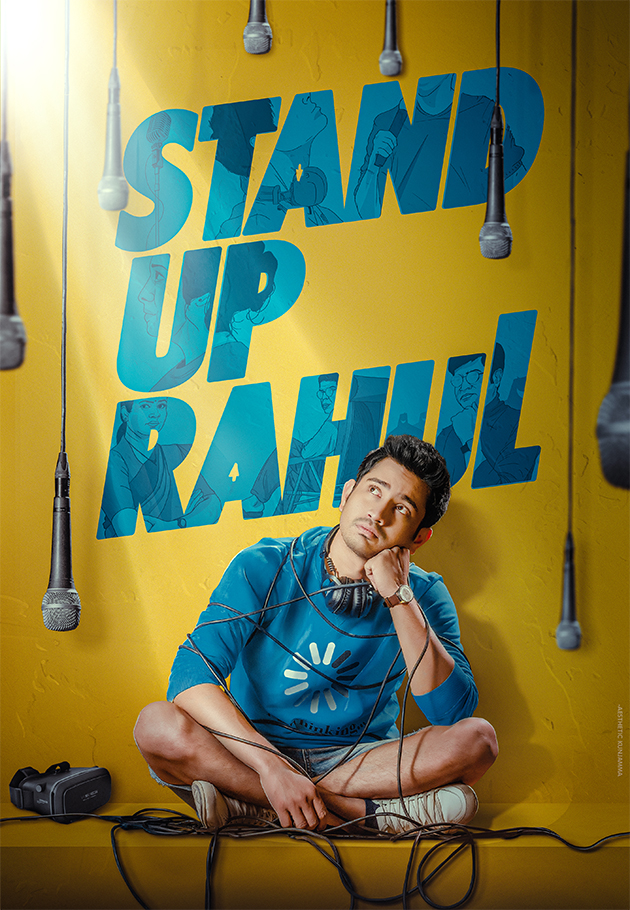 Young and promising hero Raj Tarun will be seen as a stand-up comic in his upcoming film Stand Up Rahul being directed by debutant Santo Mohan Veeranki. The film billed to be a coming-of-age feel-good romance comedy is being produced jointly by Nandkumar Abbineni and Bharath Maguluri under Dream Town Productions and HighFive Pictures banners.

Today, actress Rashmika Mandanna launched Padhaaa song from the film. Padhaaa is a travel song and four friends are on a road trip. As the visuals suggest, there is more than the friendship between Raj Tarun and Varsha Bollamma. Lyrics penned by Rehman also hint about Raj Tarun and Varsha’s liking for each other.

Sweekar Agasthi scored a cool and melodious tune with pleasant vocals from Yazin Nizar. As the song was shot in some picturesque locations, the visuals look lovely. Sreeraj Raveendran is the cinematographer. Raj Tarun looks trendy, while Varsha Bollamma is cute.

The teaser and other promotional content created curiosity on the project.

Venella Kishore, Murali Sharma, Indraja, Devi Prasad and Madhurima are the other prominent cast of the film.