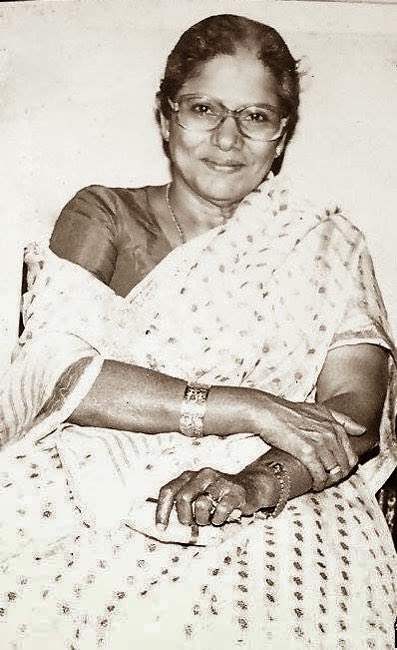 Suryakantham born on 28th day of October 1924 at Kakinada Town in East Godavari district of A P. She was a very popular character actress of Telugu Cinema.

Today is the 97th Birth Day of Suryakantham.

Businessoftollywood.com salutes this great actress on her 97th birth anniversary recollecting her past glory.

She may be termed as a Living star in the hearts of lakhs and lakhs of Telugu people. Suryakantham became a domestic name as a cruel mother-in-law(gayyali atthagaru).Even now her name is being referred when talking about Cruel mother-in-laws in real life.

Though she lived in the hearts of many of her fans as a gayyali atthagaru,she was very kind hearted in her real life.

Suryakantham was a best pair to Chayadevi(Telugu actress) in many Telugu movies.

She was married to Peddibhotla Chalapathi Rao.

Suryakantham learnt carnatic music and dancing at a very age.

She entered the Telugu celluloid world as a dancer through the film “Chandralekha”.

She entered the Telugu cinema as a character actress through the film “Narada Naradhi Produced in the year 1946.She acted in the movie along with Linga Murthy, Padmanabham and Lakshmi Rajyam.

In the most popular and Box-office hit movie “Maya bazaar” she acted as Hidimbi(Mother of Ghtothgaja played by S V Ranga Rao.

She played the title role in the film “Gundamma Katha” which has raised her to new heights in Telugu Cinema.

In the film “Thodi Kodallu” she played the role of Relagi’s wife and also as co-sister-in-law to Kannamba and Savitri.

In many movies her role was important for pushing the story to exctement and anxiety.

Her action as a maid Servant and Adviser to Sowkar Janaki in the film “Dr.Chakravarthi” can be high lightened as her best role in her film career.

In Adurthi Subba Rao’s film “Kanne Manasulu” she lived in the role of a modern woman.Similar role she played in the film “Collector Janaki”

As a cruel Atthagaru to actress Vijayanirmala (Daughter in law character)) in the film “Atthagaru-Kotthakodalu” she lived in the role and performed well. She played the role of an innocent wife of actor Rao Gopala Rao in the film “Muthyala Muggu”

She had paired with Relangi in many hit films. She also Played the role of wife of S V Ranga Rao in many movies(last film being V B Rajendra Prasad’s “Dasarabullodu).

Ramana Reddy played as her adviser plotting cruel ideas in many movies.

This great actress who was a role model for mother-in-law character and a household name amongst Andhra’s was not recognized by the Govt.(No Raghupathi Venkaiah award or Padmasri)

This versatile actress died on 18th December 1994 at Hyderabad.