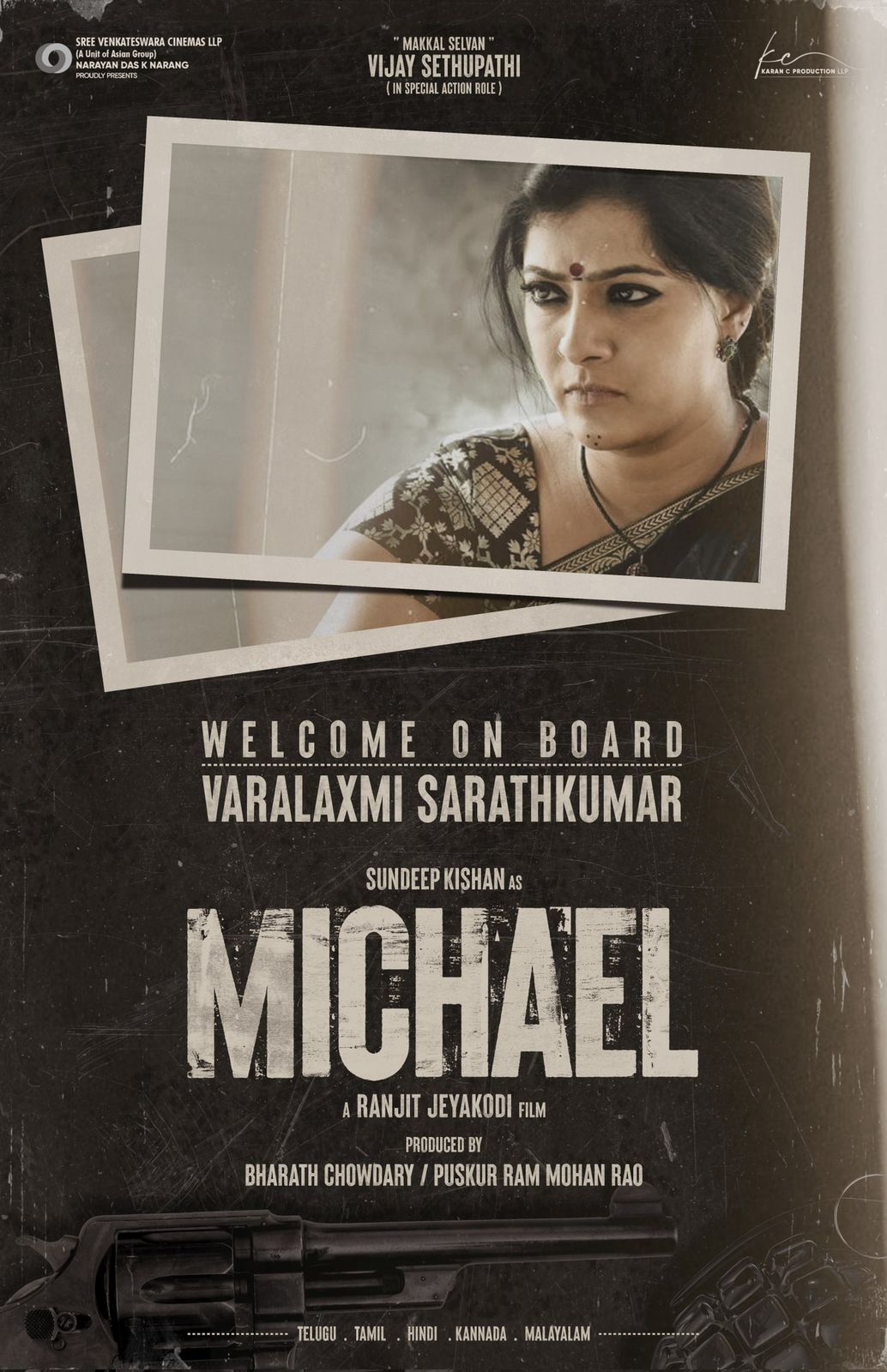 Sundeep Is Unique  star who has craze in multiple languages, Also Who is well known For Selecting Fine choice of Scripts.

Sundeep Kishan is presently starring in a massive action entertainer Michael with Makkal Selvan Vijay Sethupathi playing a special action role. Ranjit Jeyakodi is directing this Pan India film to be released in Telugu, Tamil, Kannada, Malayalam and Hindi languages, while the most happening Production House Sree Venkateswara Cinemas LLP in association with Karan C Productions LLP is mounting it on a massive scale.

The film is turning big with every announcement. Divyansha Kaushik is essaying the heroine opposite Sundeep Kishan in the movie. Now, Varalaxmi Sarathkumar comes on board to play a crucial role in the movie. More details about her character in the movie are awaited.

Star director Gautham Vasudev Menon is playing an antagonist in the film that has already completed a shooting schedule and second schedule will commence soon.

Ranjit Jeyakodi penned a distinctive script and Sundeep Kishan will be seen in an intense and author-backed role.

The film’s other cast and crew will be revealed later.