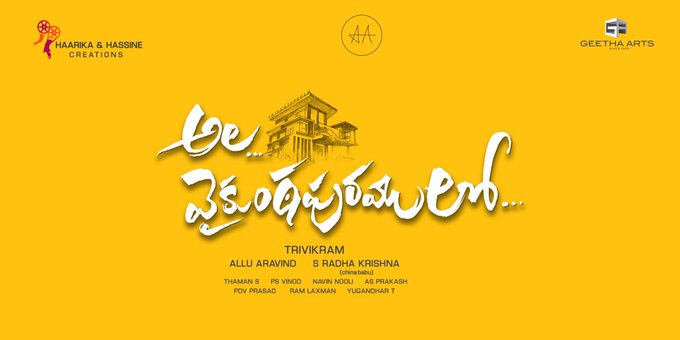 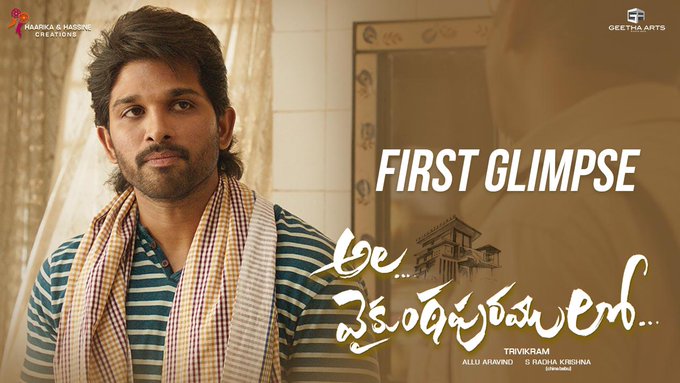 Stylish Star Allu Arjun and Wordsmith Trivikram Srinivas’s new yet to be titled movie that was launched on 15th April 2019 is progressing with its shooting schedules.

The movie is titled as “Ala Vaikuntapuramulo”.

Stylish Star Allu Arjun and wordsmith Trivikram Srinivas are coming together for the 3rd time after Julayi and S/O Satyamurthy. Fans of this combination have huge expectations and prestigious production houses Haarika & Hassine Creations and Geetha Arts are coming together to make all their wishes come true.