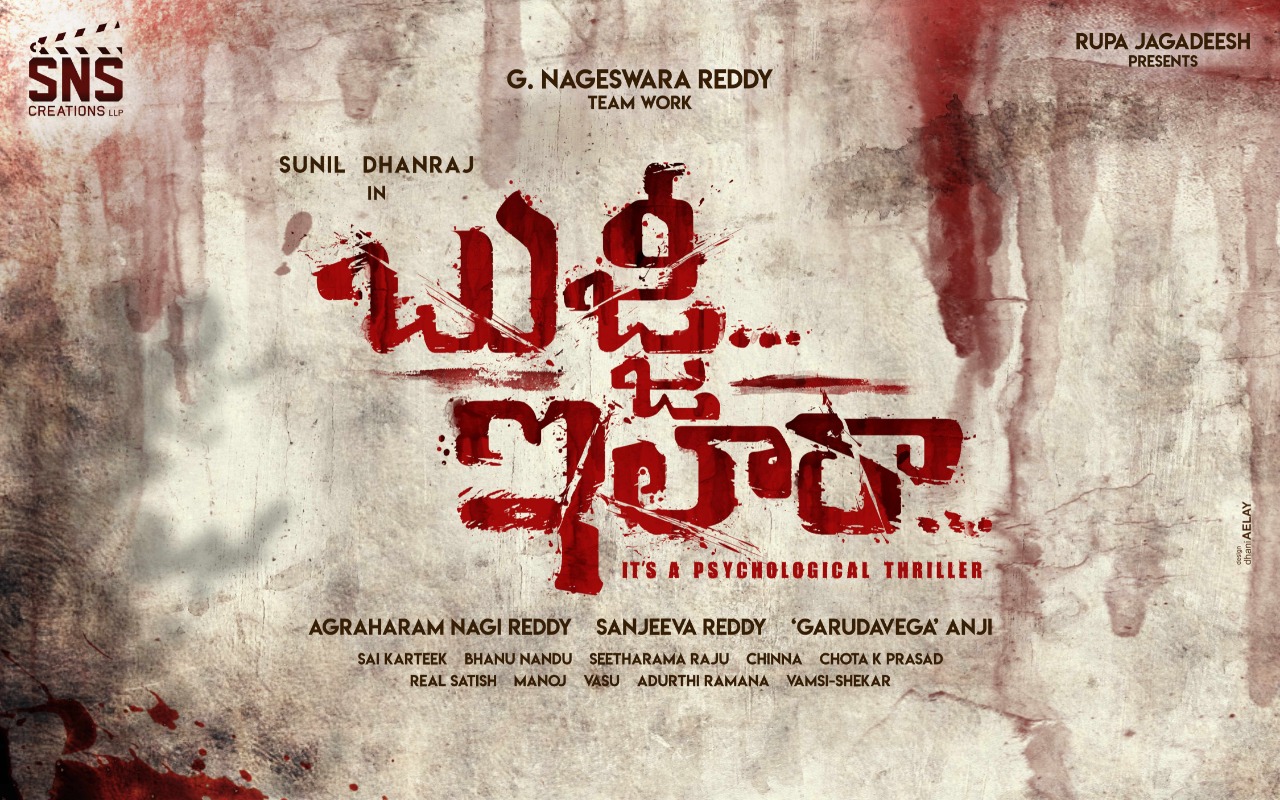 Sunil and Dhanraj acted together as comedians in few films. Now  they  are all set to play completely different lead roles in an upcoming flick titled ‘Bujji ilaa Raa’. ‘It’s A Psychological Thriller’ is the tagline and the film indeed falls under psychological thriller genre. The film’s title poster is out and it looks intriguing.

‘Garudavega’ Anji will be directing the film, besides handling cinematography. Popular director G Nageswara Reddy provides story and screenplay of the film. Agraharam Nagi Reddy and Sanjeeva Reddy will produce the movie under SNS Creations LLP and G Nageswara Reddy Team Work as Production No 2. This film is pesents by Rupa jagadeesh..

Sai Karteek will score the music, while Bhanu and Nandu duo provide dialogues.

Chandini Tamilarasan is the leading lady in the film which will start rolling soon.