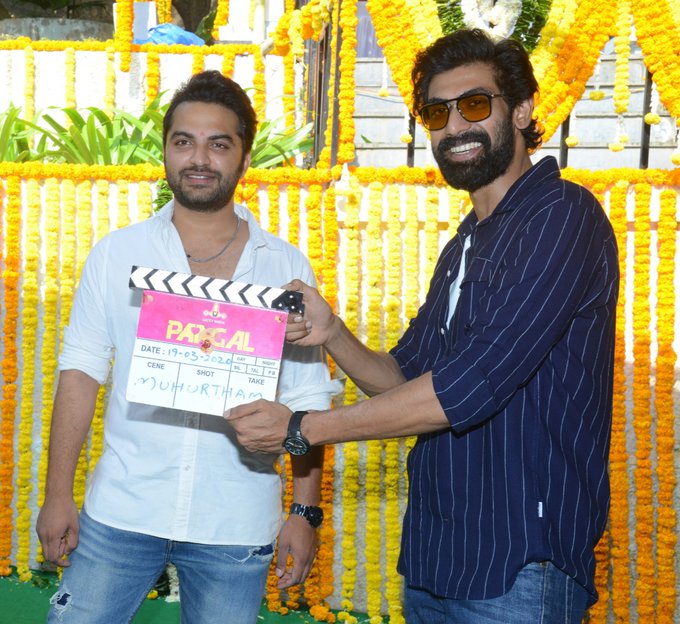 Young hero Vishwaksen is coming up with a fresh movie titled ‘Paagal’.This movie was launched today,the 19th March 2020 in Hyderabad with formal puja.

The first shot was clapped by Rana Daggubati with Gemini Kiran switching on the camera under the honorary direction of Trinadha Rao. The script was handed over to director Naresh Kuppili by Dil Raju.

Musical score is by Radhan. Cinematography is by S. Manikandan. Editring is by Garry Bh. Art is by T.K. Mohan. Lyrics are penned by Chandra Bose. Fights by Vikram and Dileep Subbarayan. Dance choreography is by Vijay.  Story, Screenplay and direction are by Kuppili Naresh. Bekkam Venugopal is the producer on Lucky Media Banner.

Other details about the movie are to be announced.