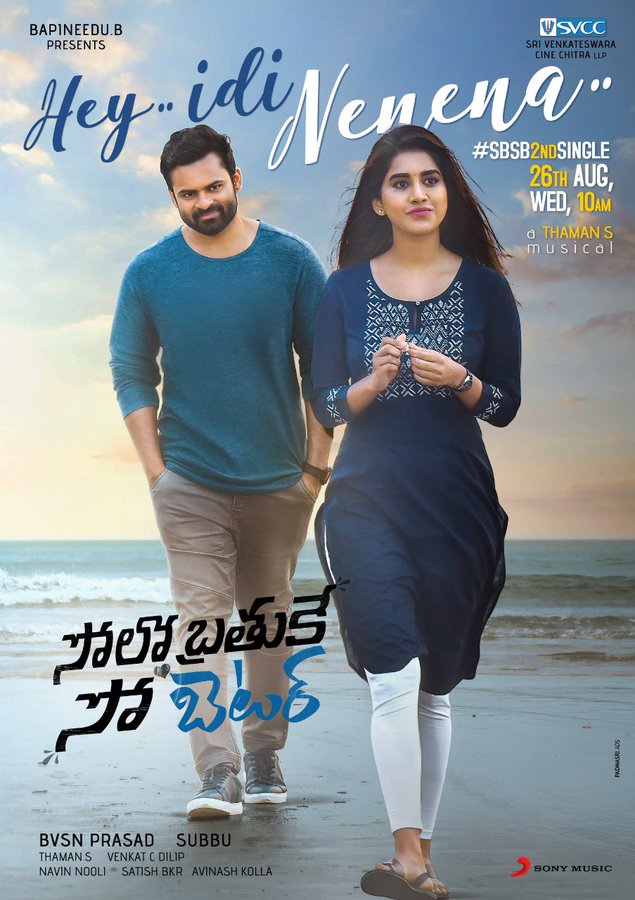 The shooting of Solo Brathuke So Better movie is in progress.
The 2nd song ‘Hey Idi Nenena’ song from the movie will be released on 26th August 2020 at 10.00 AM.
Sai Dharam Tej, Nabha Natesh is the lead pair.

Music is by S.S.Thaman. Cinematography is by  Venkat C. Editing is by  Naveen Nooli. Art by Avinash Kolla. Story,screenplay,dialogues and direction are by Subbu. BVSN Prasad is the producer on Sri Venkateswara Cine Chitra Banner.