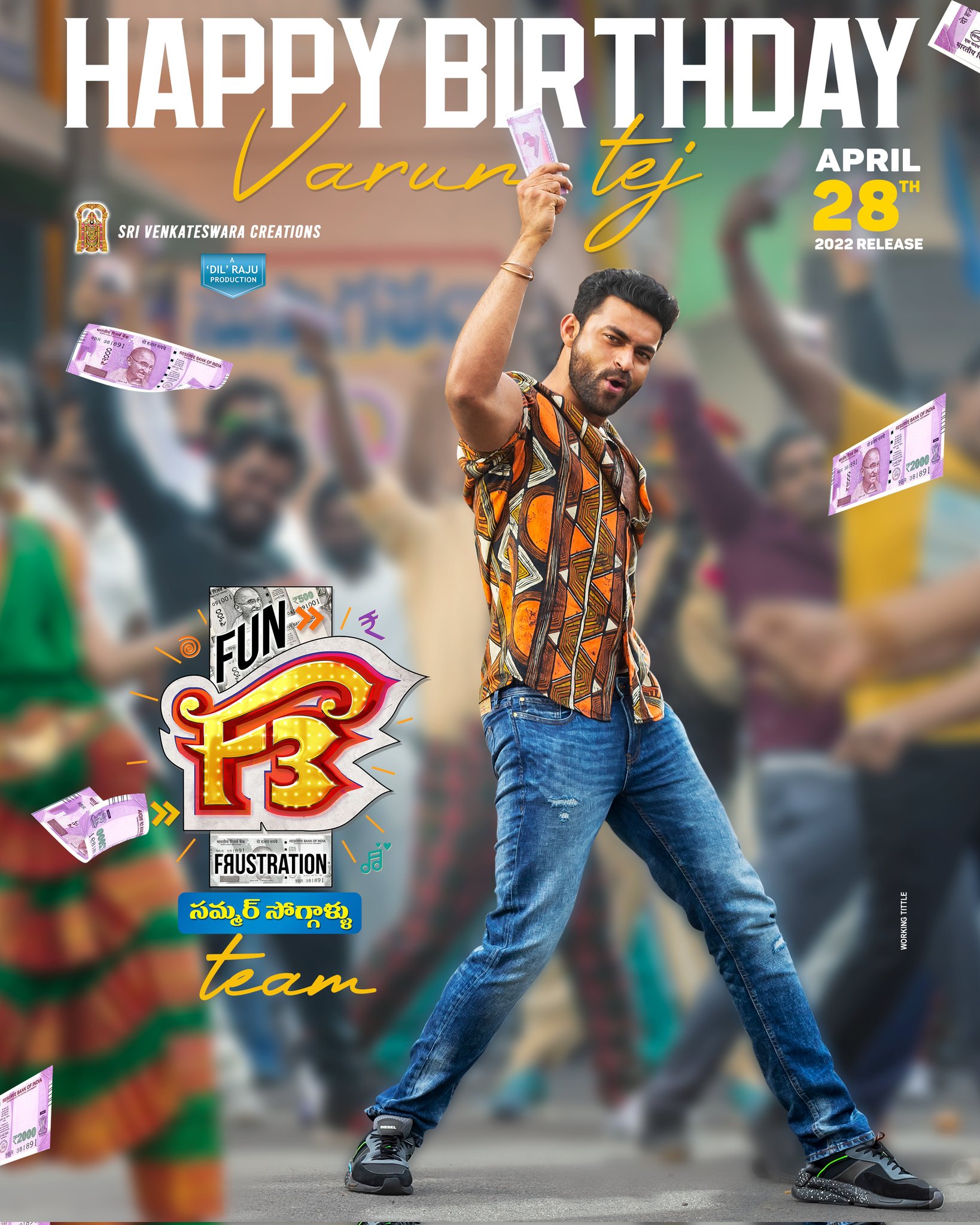 Team F3 wishes Varun Tej on his birthday with a brand-new poster. Varun Tej threw a delightful dance pose. Captured at the perfect instant, Varun Tej looks quite contented here. As the story revolves around cash, we can observe currency notes in the poster. Varun Tej too holds a 2000 note on his hand.

F3 will be hitting the screens during summer season on April 28th. They advanced the release date by a day, as they earlier announced to release the movie on April 29th.

F2 became a Sankranthi winner in 2019 and F3 is set to create laughing riot in theatres for the summer in 2022. The makers hope to deliver much bigger hit, as the film is carrying extreme positive buzz in film and trade circles and there is huge anticipation from commoners as well.

The presence of Nata Kireeti Rajendra Prasad, Sunil and others promise additional entertainment. Tamannaah Bhatia and Mehreen Pirzada play fun and glamorous roles in the movie and Sonal Chauhan is the latest addition. Sonal is roped in as third female lead, and she adds more glamor to the film.