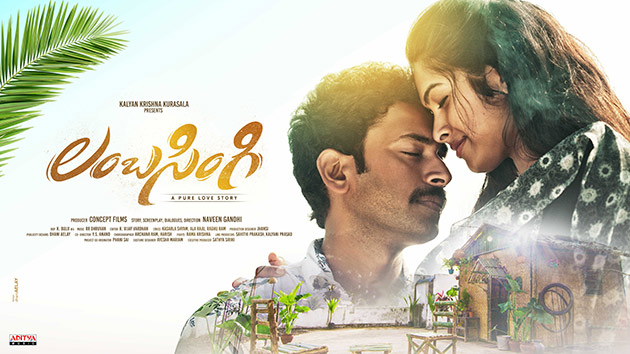 Successful director Kalyan Krishna Kurasala who delivered a blockbuster with his last movie Bangarraju which ended up as a Sankranthi winner presents a new film being produced by GK Mohan under the Concept Films banner.

Plans of making content-rich movies, the production house announced its maiden production venture. Naveen Gandhi is directing the movie where Divi Vadthya of Bigg Boss fame will be seen as the leading lady. The film features mostly new faces, including the male actor. Bharath is debuting as hero with the movie.

Lambasingi is the title of the film and it sounds cool and pleasant. ‘A Pure Love Story’ is the tagline which itself portrays the genre of the movie. RR Druvan has rendered soundtracks and the film’s first single- Nachesindey Nachesindey will be out on April 16th. Today, they have unveiled promo of the song.

The enchanting romantic melody was crooned by Sid Sriram and the promo makes us wait eagerly for the full song. Kasarla Shyam penned the lyrics of the song shot on the lead pair.

Coming to other technical crew, K Bujji is the cinematographer and K Vijay Vardhan is the editor.

The film’s shooting has already been wrapped up and post-production works are currently happening.