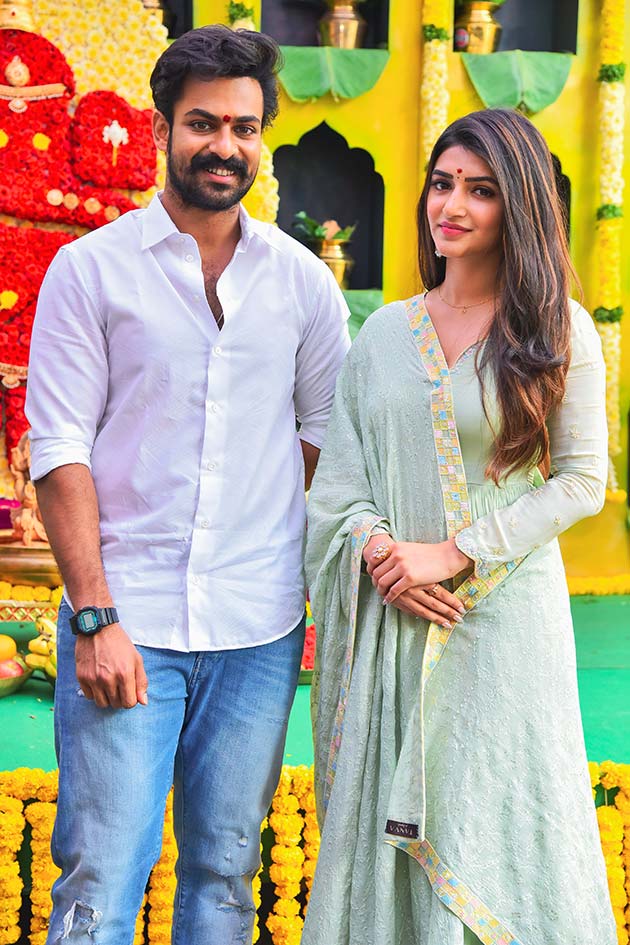 Leading production houses Sithara Entertainments and Fortune Four Cinemas are coming together to produce an action spectacle, headlined by Panja Vaisshnav Tej. The film’s muhurat ceremony was held at Ramanaidu Studio, Hyderabad at 11.16 am today amid the presence of the team and distinguished guests. Actress Sreeleela has been roped in as the female lead for the project. First-time filmmaker N Srikanth Reddy, who has written the story, will direct the film, tentatively titled #PVT04.

A special promo, offering a glimpse into the film’s theme, was released commemorating its launch. Vaisshnav Tej and the antagonist are in a war of words in the glimpse, where there are several mythological references to Rama, Ravana, Lanka, Ayodhya, and Shiva. When the antagonist says, ‘You may have heard about Rama vanquishing Lanka but can you guess the plight of Ayodhya if a ten-headed man attacks it?’ and Vaisshnav Tej retorts firmly, ‘This Ayodhya isn’t ruled by Rama, but the Lord he worships, Rudra Kaleswara (Shiva). Bring it on..I’ll rip you apart.’

The intense background enhances the impact of the glimpse immensely and action junkies can expect nothing short of a feast from #PVT04. A launch poster where Vaisshnav holds a trisoolam in front of a bull catches your interest too. “This is an out-and-out mass vehicle for Vaisshnav Tej. It’s a full-on action entertainer,” say the makers. The untitled film will go on floors shortly. Other details about the cast and crew will be out soon. Presented by PDV Prasad, the film is produced by S. NagaVamsi and Sai Soujanya. The film is slated for a Sankranthi 2023 release.