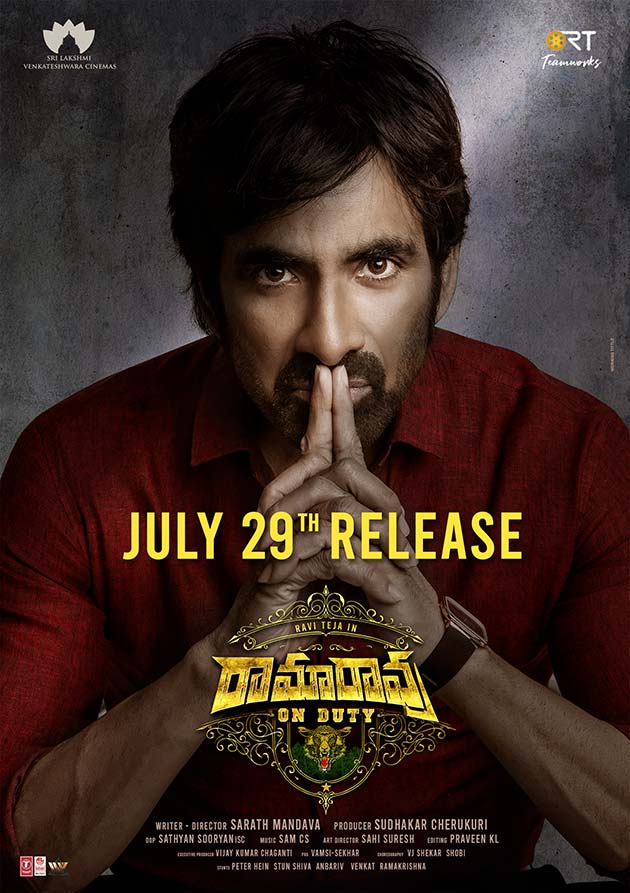 The Fresh Confirmed release date of the movie Rama Rao On Duty is announced.The movie is getting dressed up for a release on 29th July 2022.