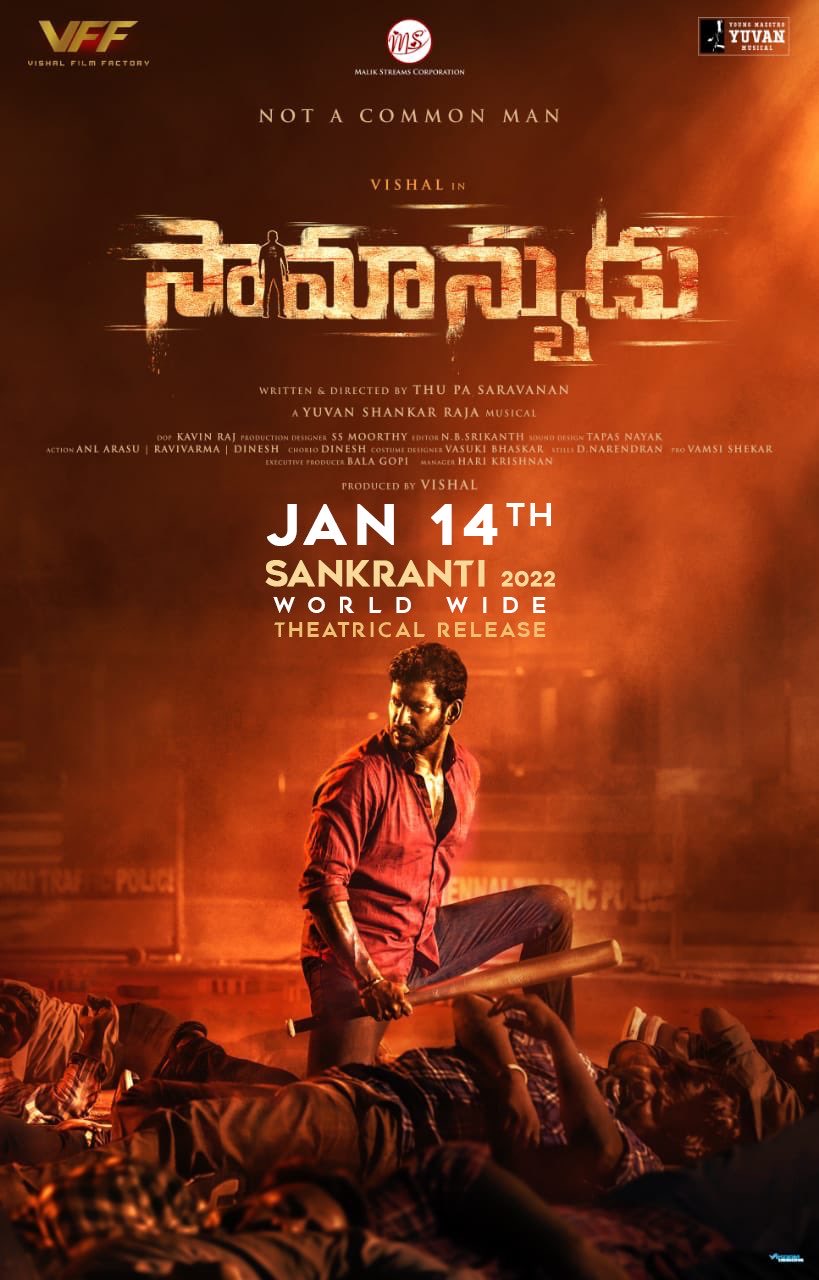 Action hero Vishal’s upcoming action drama Samanyudu which was originally scheduled to hit screens on 26th January for Republic Day, is now set to release worldwide in Telugu and Tamil languages on 14th January  for Sankranthi. The makers have announced the news officially through the poster. Vishal appears in action-packed avatar, as he is seen taking on baddies, in the announcement poster.

Debutant Thu Pa Saravanan has directed the film that comes up with the tagline ‘Not A Common Man’. Vishal himself is producing the film on his Vishal Film Factory (VFL) banner. The film’s teaser and other promotional content garnered massive buzz on the film in both Telugu and Tamil. The makers will now promote the movie vigorously, as they advanced the release date.