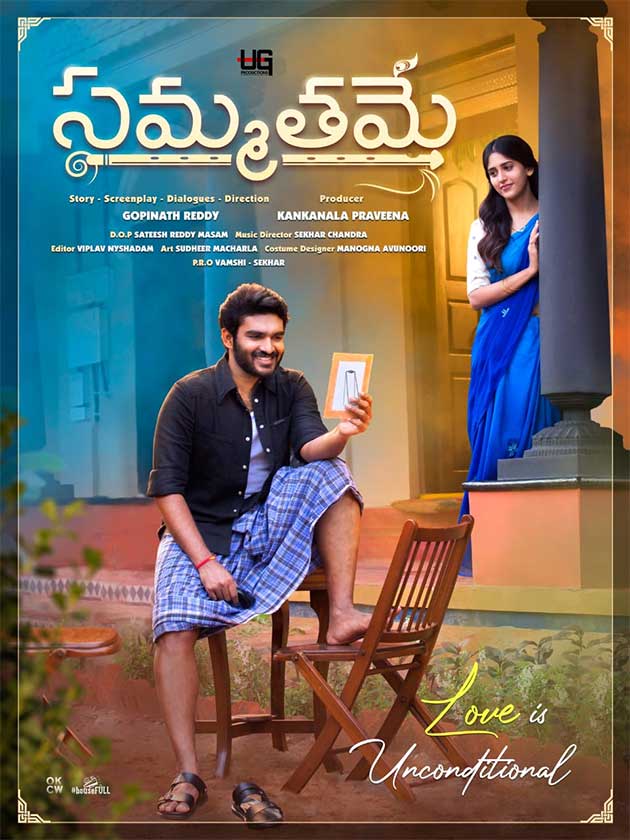 Lyrical Of Bullet La Song From Kiran Abbavaram’s “Sammathame” Out

Young and energetic hero Kiran Abbavaram has been attempting distinctive subjects. He is now coming up with a musical romantic entertainer “Sammathame” which is set in urban backdrop.

Title and first look poster and then first glimpse of the movie raised expectations. Lyrical video of first single too became a chartbuster. Today, they have unveiled lyrical video of a soothing romantic melody Bullet La. Sekhar Chandra rendered a breezy and beautiful number and the instrumentation is impressive. Kiran and Chandini’s pairing looks fresh and adorable.

Director Gopinath Reddy came up with a different love story and seems like he has good taste in music. Like the first single, this one too is an instant hit.

Produced by K Praveena under UG Productions banner, “Sammathame” is presently in post-production phase. Cinematography is by Sateesh Reddy. The makers are planning to release the movie soon.